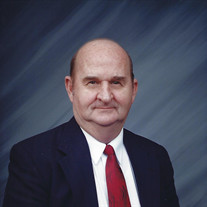 Donald L. Norman, age 82, of Brownstown, Indiana, passed away on Saturday, September 23, 2017 at Schneck Medical Center, Seymour. Mr. Norman was a member of the Norman Christian Church and attended the Brownstown Christian Church. He was a 1953 graduate of Clearspring High School and served eight years in the Indiana National Guard. On June 20, 1955, Mr. Norman began working at the Brownstown Loan & Trust, now known as The Peoples Bank. He was elected President of The Peoples Bank and served in that position until his retirement in 2005. In 1978, he became active Chairman of the Board of Directors of the bank and was currently serving in that capacity. He was an original member and past Board member of the Community Bankers Association of Indiana. He was also a member of the 40 Year Club of the Indiana Bankers Association. Mr. Norman was appointed Sagamore of the Wabash. He was also an IHSAA basketball official, a member of the Brownstown Lions Club, a member and past president of Brownstown Chamber of Commerce and a member of the Jackson County Chamber of Commerce. Mr. Norman was a 40 year board member and past president of the Jackson County Fair Association. He was also the founding board member of Hickory Hills Golf Club and a member of the Seymour Elks Lodge. Born on January 27, 1935, he was the son of Frobel and Esta Eastin Norman, both of whom preceded him in death. On July 23, 1955, he married Verla Bailey and she survives in Brownstown. Survivors also include one son, Mark (Peggy) Norman of Brownstown; one daughter, Teresa (Kevin) Dorsey of Valrico, Florida; seven grandchildren: Kyle Norman, Allison Stuckwisch (Daniel Leavy), Derek Norman, Caitlyn Norman, Eric (Tiffany) Dorsey, Christina Dorsey (Roberto Aegea) and Jordan Dorsey; eight great grandchildren: Brayton Norman, Chandler Norman, Addison Norman, Hudson Stuckwisch, Preston Leavy, Natasha Aegea, Elise Dorsey and Oliver Dorsey; one brother, Kenny Norman of Mitchell; and several nieces and nephews. In addition to both parents, he was also preceded in death by one brother, Charles Norman; and two sisters, Mary Fish and Marge Fish. Funeral services for Donald L. Norman will be conducted at 11:00 a.m. on Saturday, September 30, 2017, at Brownstown Christian Church with Pastor Doug Pogue and Pastor Mitchell McIntyre officiating. Friends may call from 2:00 p.m. until 8:00 p.m. on Friday, September 29, 2017, at Spurgeon Funeral Home, Inc., Brownstown, and from 10:00 a.m. until the time of the service on Saturday at Brownstown Christian Church. Interment will be at Mundell Cemetery. Memorials may be given to the Jackson County Fair Association and Brownstown Christian Church Move the Mountain. Online memorials and condolences may be given at www.spurgeonfh.com

The family of Donald L. Norman created this Life Tributes page to make it easy to share your memories.

Send flowers to the Norman family.