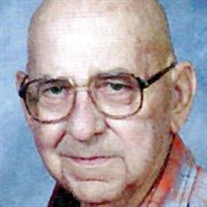 Donald Spurlock, age 79, of Brownstown, Indiana, passed away on Tuesday, November 3, 2015 at his residence with his wife and family at his side. Mr. Spurlock was a member of the Brownstown Christian Church and a member of Washington Lodge #13 F&AM. He was a retired truck driver from Kieffer Paper Mill. He attended Clearspring High School and received his GED from Brownstown Central High School. Born on September 27, 1936, in Frankfort, Indiana, he was the son of Alfred and Mary Lynch Spurlock, both of whom preceded him in death. He married Irene Baughman on May 5, 1956 at Mt. Zion Church and she survives. Survivors also include one son, James Edward (Kelley) Smallwood of Terre Haute; four daughters, Darlene (Steve) Browning of Columbus; Katrina (Lonnie) Hoevener of Brownstown; Mary (Rex) Remington of Brownstown and Donna (Joe) Stahl of Brownstown; one brother, Howard (Pat) Spurlock of Morristown; grandchildren: Michele (Brad) Seymour, Holly (Chris) Robbins, Bridgette (Marc) Hutcheson, Cortney (Stan) Burnside, Kylee Stahl, Kordell Stahl, Elizabeth McKinney (Brian Moore), Erricka (John Paul) Disque, Lucas (Agnieszka) Baurichter, and Elaina (Josh) Hall; and 18 great grandchildren. In addition to both parents, he was also preceded in death by two brothers, William Thomas Spurlock and Alfred (Bus) Spurlock; and one grandson, Paul Baurichter. Funeral services will be conducted at 11:00 a.m. on Friday, November 6, 2015 at Brownstown Christian Church with Brian Richard officiating. Friends may call from 4:00 p.m. to 8:00 p.m. on Thursday, November 5, 2015 at Spurgeon Funeral Home, Inc., Brownstown, and from 10:00 a.m. until the time of service on Friday, November 6, 2015 at Brownstown Christian Church. A Masonic Service will be held on Thursday, November 5, 2015 at 7:30 p.m. at the funeral home. Burial will be at White River Valley Cemetery. Memorials may be given to Brownstown Christian Church or Donor’s choice. Online memorials and condolences may be given to [email protected]" title="Click to open in a new window or tab" target="_blank" rel="nofollow noopener">[email protected]

Donald Spurlock, age 79, of Brownstown, Indiana, passed away on Tuesday, November 3, 2015 at his residence with his wife and family at his side. Mr. Spurlock was a member of the Brownstown Christian Church and a member of Washington... View Obituary & Service Information

The family of Donald Spurlock created this Life Tributes page to make it easy to share your memories.

Send flowers to the Spurlock family.