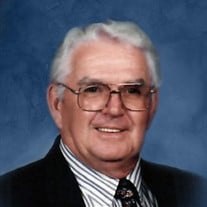 Jack Gilbert, age 79, of Medora, passed away unexpectedly on Thursday, December 19, 2019, at his residence with his wife by his side. Mr. Gilbert was a life-time member of Mount Zion United Methodist Church, Medora, where he held various offices. Jack... View Obituary & Service Information

The family of Jack Gilbert created this Life Tributes page to make it easy to share your memories.

Jack Gilbert, age 79, of Medora, passed away unexpectedly on...

Send flowers to the Gilbert family.