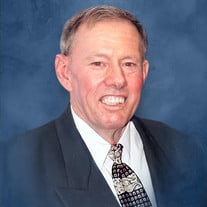 John Edward Horton, age 87, of Norman, passed away on Tuesday, January 26, 2021, at St. Andrews Nursing Home in Batesville. Mr. Horton was a member of the Free Methodist Church in Bedford. John loved going to church and his good friend, Ivan Hunter, took him to church for many years. Born on June 19, 1933, in Lawrence County, John was the second son of Campbell and Delcie Kindred Horton, both of whom preceded him in death. John was married to Ava (Pat) Mullis for 18 years. After Pat’s death, John lived at the Chateau and St. Andrews in Batesville. He loved to sing gospel music and often sang with groups that came to entertain at the nursing homes. He was also the “Cornhole Champion” at both nursing homes. John was a hard-working farmer, who worked alongside his father for many years. After his father’s death, John kept the farm going and enjoyed raising corn, soybeans, and taking care of beef cattle. Survivors include two sisters: Callie Sue (Merrill) Butler of Brownsburg and Mary Lou (Gary) Smith of Harrison, Ohio; three sisters-in-law: Betty Horton of Brownsburg, Grace Horton of Norman, and Josephine Horton of Norman; and several nieces and nephews. Mr. Horton was also preceded in death by three brothers: Maurice Lee Horton, Thomas Leon Horton, and Charles Melvin Horton. Private family services will be held for John Edward Horton at Spurgeon Funeral Home, Inc., Brownstown. Memorials may be given to Liberty Christian Church Cemetery through Spurgeon Funeral Home, Inc., 206 E. Commerce Street, Brownstown, Indiana 47220. Online condolences may be given at www.spurgeonfh.com. Arrangements are being handled by Spurgeon Funeral Home, Inc., Brownstown.

The family of John Edward Horton created this Life Tributes page to make it easy to share your memories.

John Edward Horton, age 87, of Norman, passed away on Tuesday,...

Send flowers to the Horton family.