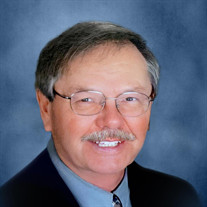 Marlin Lee Rothert, age 71, of Seymour, passed away on Sunday, December 5, 2021, at Schneck Medical Center, Seymour. Mr. Rothert was a member of St. John&#8217;s Lutheran Church, Sauers, where he belonged to the Fellowship Club and served on... View Obituary & Service Information

The family of Marlin Lee Rothert created this Life Tributes page to make it easy to share your memories.

Marlin Lee Rothert, age 71, of Seymour, passed away on Sunday,...

Send flowers to the Rothert family.