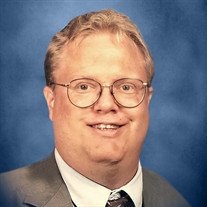 Michael Lee Patton, age 53, of Brownstown, passed away on Wednesday, October 13, 2021, at Hoosier Christian Village, Brownstown, surrounded by his family. Mr. Patton was a former minister at Brownstown Community Church for more than seven years, and he also served as minister of the Tampico Christian Church for several years. Mike was chaplain at the Brownstown Speedway, and he was the owner of Michie’s Diner in Brownstown for eight years. He loved sharing the love of Christ, fishing, racing, and quoting movies. He served in the National Guard from 1985 to 1993. Born on January 28, 1968, in Columbus, he was the son of Phillip and Marilyn Ballenger Patton. His father preceded him in death and his mother survives in Brownstown. On February 7, 1993, he married Tammy Roberts and she also survives in Brownstown. Survivors also include two sons: Brian (Katie) Vetter of Key Largo, Florida, and Brandon (Brittney) Vetter of Seymour; three daughters: Shana Patton of Brownstown, Michaela (Austin) Schroeder of Wisconsin, and Heather (Tommy) Sons of Brownstown; one sister, Natalie (Glen) McGinnis of Brownstown; seven grandchildren: Keegan Fish, Kameron Vetter, Kayelee Jackson, Payton Jackson, Milee Sons, Maya Sons, and Thomas Sons; a niece, Madison McGinnis; a nephew, Andrew McGinnis; several aunts, uncles, and cousins; his favorite grand dog, “Most Honorable” Porgy-San; and several other grand dogs. Mr. Patton was also preceded in death by his grandparents: Lee and Susie Ballenger, James Patton and Elzora Brown, and “Nanny” Betty Bowling; and an uncle, Roger Patton. Funeral services for Michael Lee Patton will be conducted at 11:30 a.m. on Saturday, October 16, 2021, at Spurgeon Funeral Home, Inc. with Ron Moore, Mike’s best friend, officiating. Friends may call from 9:00 a.m. until the time of the service at 11:30 a.m. on Saturday at the funeral home. Military honors will be presented by Veterans of Foreign Wars Post 1925, American Legion Post 89, Disabled American Veterans 47 and Vietnam Vets 7. Memorials may be given to Brownstown Community Church. Funeral arrangements have been entrusted to the caring staff at Spurgeon Funeral Home, Inc. Online memorials and condolences may be given at www.spurgeonfh.com

The family of Michael Lee Patton created this Life Tributes page to make it easy to share your memories.

Michael Lee Patton, age 53, of Brownstown, passed away on Wednesday,...

Send flowers to the Patton family.