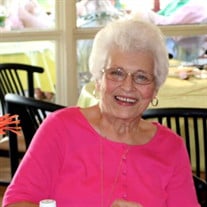 Rhea Dawn (Butler) Fowler, age 79, of Brownstown, Indiana, has been called home to be with her Heavenly Father. She lost her battle with cancer on Tuesday, August 16, 2016. Rhea Dawn was a loving wife, mother, grandmother and great grandmother. Those who knew her would recognize her infectious laugh, beautiful smile and outgoing personality. Mrs. Fowler was a member of the Vallonia Methodist Church, Indiana Nurse’s Association, National Nurse’s Association, American Cancer Society, where she served on the Jackson County Board of Directors and Schneck Memorial Hospital Guild. Rhea Dawn graduated from Brownstown High School in 1954 and St. Vincent’s School of Nursing in 1957. She worked as a nurse in various capacities for 34 years at Schneck Medical Center. As a nurse at the hospital, she touched the hearts of many families in the community. She enjoyed painting, traveling, volunteering at Schneck Medical Center and spending time with family and friends. She will be sorely missed by her family. Born on October 8, 1936, in Seymour, Indiana, she was the daughter of Robert Doyle and Norma Dell Martin Butler, both of whom preceded her in death. On June 2, 1957 at Central Christian Church in Seymour, she married William W. Fowler. He survives in Brownstown. Survivors also include two sons, Rob (Lisa) Fowler of Haslett, Michigan, and Roger Fowler of Cortland; two daughters, Retha (Neil) Rish of Virginia Beach, Virginia, and Renata (Mike) Faust of Cumming, Georgia; one sister, Renee (Bob) Kasting of Columbus, Indiana; six grandchildren; and seven great grandchildren. Funeral services will be conducted at 11:00 a.m. on Saturday, August 20, 2016 at Spurgeon Funeral Home, Inc., Brownstown, with Jerry Roberts officiating. Friends may call from 4:00 p.m. to 8:00 p.m. on Friday, August 19, 2016 at the funeral home and from 10:00 a.m. until the time of the service on Saturday. Memorials may be given to Don & Dana Myers Cancer Center or Schneck Hospice. Online memorials and condolences may be given at [email protected]" title="Click to open in a new window or tab" target="_blank" rel="nofollow noopener">[email protected]

Rhea Dawn (Butler) Fowler, age 79, of Brownstown, Indiana, has been called home to be with her Heavenly Father. She lost her battle with cancer on Tuesday, August 16, 2016. Rhea Dawn was a loving wife, mother, grandmother and great grandmother.... View Obituary & Service Information

The family of Rhea Dawn Fowler created this Life Tributes page to make it easy to share your memories.

Send flowers to the Fowler family.