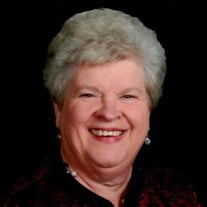 Sharon K. Rohr, age 70, of Seymour, passed away on Wednesday, February 13, 2019, at Schneck Medical Center, Seymour, surrounded by her family. Mrs. Rohr was a member of St. John&#8217;s Lutheran Church, Sauers, and was a first and second grade... View Obituary & Service Information

The family of Sharon K. Rohr created this Life Tributes page to make it easy to share your memories.

Send flowers to the Rohr family.