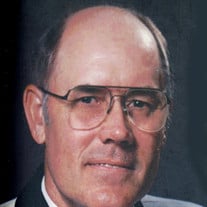 Stephen Ellis Hanner, age 75, of Kurtz, passed away on Sunday, January 14, 2018, at his residence. Mr. Hanner attended Norman Community Church. He was a member of the United States Air Force from 1960 to 1964. He retired from Visteon, Bedford, Indiana, and was a farmer. Mr. Hanner was on the precinct committee and Advisory Board for Salt Creek Township and was a board member of the Kurtz Cemetery Association. Stephen’s life can be defined in many ways. Most important to him was his Christian faith and sharing that faith with his family, whom he loved dearly. He took great pride in our country and his four years of service in the United States Air Force. He was dedicated to working the land on his farm and enjoyed hunting and fishing there. Finally, he was a great gardener, who enjoyed sharing with others the fruits of his labor. Born on September 29, 1942, at Blind Horse Holler, in Kurtz, he was the son of Eldon and Iris Glodine Lutes Hanner, both of whom preceded him in death. On November 12, 1960, at Kurtz Church of the Nazarene, he married Emma Jean Smith and she survives in Kurtz. Survivors include one son, Gregory Allen (Cheryl) Hanner of Norman; one daughter, Stephanie Ann (Clint) Brock of Brownstown; three brothers: Kenneth Hanner of North Carolina, Phillip Hanner of Norman and Everett Hanner of Tennessee; one sister, Marilyn (James) Wilson of Norman; three grandchildren: Clinton (Erin) Hanner, Cole Brock and Carley Brock; and one great granddaughter, Madelynn Hanner. Mr. Hanner was also preceded in death by two brothers, Dennis Hanner and Loy Hanner, and one granddaughter, Lauren Hanner. Funeral services for Stephen Ellis Hanner will be conducted at 11:00 a.m. on Thursday, January 18, 2018 at Spurgeon Funeral Home, Inc., Brownstown, with Donald Hawkins and Dr. Morin officiating. Friends may call from 4:00 p.m. to 8:00 p.m. on Wednesday, January 17, 2018, at Spurgeon Funeral Home, Inc. and from 10:00 a.m. until the time of the service on Thursday at Spurgeon Funeral Home, Inc. Interment will be at Kurtz Cemetery. Military honors will be presented by Veterans of Foreign Wars Post 1925, American Legion Post 89, Disabled American Veterans 47 and Vietnam Vets 7. Memorials may be given to Schneck Medical Center Hospice and Don & Dana Myers Cancer Center. Online memorials and condolences may be given at www.spurgeonfh.com

Stephen Ellis Hanner, age 75, of Kurtz, passed away on Sunday, January 14, 2018, at his residence. Mr. Hanner attended Norman Community Church. He was a member of the United States Air Force from 1960 to 1964. He retired from Visteon,... View Obituary & Service Information

The family of Stephen Ellis Hanner created this Life Tributes page to make it easy to share your memories.

Stephen Ellis Hanner, age 75, of Kurtz, passed away on Sunday,...

Send flowers to the Hanner family.