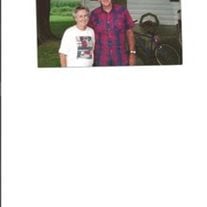 Willie Jake Taylor, age 73, of Brownstown, Indiana, died at 4:50 p.m. on Friday, June 27, 2014 at I.U. Health, Bloomington, Indiana. He was a member of the Freetown Pentecostal Church, Freetown, Indiana. Jake Taylor served in the United States Army from February 5, 1964 to February 4, 1970. He retired from Cummins Engine Co. on September 1, 2002 after 40 years of employment. He was a member of the Jackson County Sheriff's Posse, the Indiana Wagon Train Association, Reddington Rear Wheelers Tractor Club and was also a Freetown Fourth of July Festival committee member. Born on October 2, 1940 in Jackson County, Indiana, he was the son of Lewey and Ophia Deckard Taylor, both of whom preceded him in death. He married Joann Sipes on July 28, 1967 in Norman, Indiana, and she survives. Also surviving are two sisters, Susie (Ted) Beauchamp of Freetown, Indiana, and Marilyn Taylor of Bedford, Indiana, and several nieces and nephews whom he dearly loved. He loved his constant companion, his dog "Tess" and will miss his horses "Bob" and "Bo". He was preceded in death by his parents and one brother, Kenneth Taylor. Funeral services will be conducted at 1:00 p.m. on Wednesday, July 2, 2014 at Spurgeon Funeral Home, Inc., Brownstown, with Pastors Tim Brown and Tom Collett officiating. Friends may call from 2:00 p.m. to 8:00 p.m. on Tuesday, July 1, 2014, at Spurgeon Funeral Home, Inc., Brownstown, and from 11:00 a.m. until the time of the service on Wednesday, July 2, 2014 at the funeral home. Burial will be at Valley Home Old Regular Baptist Cemetery. Military honors will be presented by Veterans of Foreign Wars Post 1925, American Legion Post 89, Disabled American Veterans 47 and Vietnam Vets 7. Memorials may be given to Donor's choice.

The family of Willie Jake Taylor created this Life Tributes page to make it easy to share your memories.

Send flowers to the Taylor family.