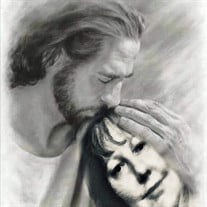 Wynette M. Abel, age 63, of Seymour, passed away on Wednesday, August 18, 2021, at Norton Pavilion Hospital in Louisville, Kentucky, surrounded by her family. Mrs. Abel enjoyed singing and playing music, ghost hunting, and big foot hunting. Born on July 30, 1958, in Mötsch, Germany, she was the daughter of Gerald and Wilma Paul McElfresh, both of whom preceded her in death. On March 26, 1994, in Brandenburg, Kentucky, she married Randall Abel and he survives in Seymour. Survivors also include one son, Mitchell Gullion; two daughters: Shayna Abel and April Bumbalough; one step-daughter, Whitney Ditto; one brother, Joe McElfresh; and six grandchildren: Haylee Gullion, Braxton Gullion, Maverick Gullion, Payson Ent, Harlow Bumbalough, and Tessla Bumbalough. Besides her parents, Wynette was also preceded in death by one brother, Jerry McElfresh. Funeral services for Wynette M. Abel will be conducted at 11:00 a.m. on Saturday, August 28, 2021, at Spurgeon Funeral Home, Inc., Brownstown. Friends may call from 9:00 a.m. until the time of the service at 11:00 a.m. on Saturday, August 28, at Spurgeon Funeral Home, Inc., Brownstown. Interment will be at Smallwood Cemetery, Brownstown. Memorials may be given to donor’s choice. Funeral arrangements are being handled by the caring staff of Spurgeon Funeral Home, Inc., Brownstown. Online memorials and condolences may be given at www.spurgeonfh.com

The family of Wynette M. Abel created this Life Tributes page to make it easy to share your memories.

Send flowers to the Abel family.