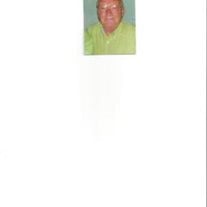 Barry E. Sommers, age 79, of Brownstown, Indiana, passed away at 6:20 p.m. on Friday, December 5, 2014 at Schneck Medical Center, Seymour, Indiana. Born on July 3, 1935, in Brownstown, Indiana, he was the son of Louis F. and Maudie Bedel Sommers, both of whom preceded him in death. He married Lois M. Hackman on June 2, 1957. Mr. Sommers graduated from Brownstown Central High School in 1953 and from Purdue University with a degree in Pharmacy in 1957. He was a member of the ROTC while attending Purdue University. He was a United States Veteran serving as First Lieutenant in the United States Army. Mr. Sommers was a member of the Brownstown Christian Church, where he served as deacon. He was also a member of the Fraternal Order of Eagles and American Legion Post 89 and was a past Exaulted Ruler of the Seymour Elks. Survivors include his wife of 57 years, Lois (Hackman) Sommers; one daughter, Kimberly (Gary) Jackson; one son, John B. (Chris) Sommers; three grandchildren, Brandy (Nick) Hampton, Cliff Sommers, and Anna (Jonathon) Hochstedler; and three great grandchildren, Presley Hampton, Isaac Hampton, and Dawson Hochstedler. In addition to his parents, he was also preceded in death by one brother, William R. Sommers. Mr. Sommers was a devoted husband, father and grandfather and his great grandchildren brought him so much joy and happiness. He enjoyed spending time with his family and friends, making memories camping, vacationing, and watching NASCAR. He was a friend to all who knew him. His heart was in everything he did and in every word he spoke. To know him was to know a jolly soul. He was always sharing words of wisdom, kindness, and most importantly a great smile. Funeral services will be conducted at 11:00 a.m. on Wednesday, Decenber 10, 2014 at Spurgeon Funeral Home, Inc., Brownstown, with Michael Hogg officiating. Friends may call from 4:00 p.m. to 8:00 p.m. on Tuesday, December 9, 2014, at Spurgeon Funeral Home, Inc., Brownstown, and from 10:00 a.m. until the time of the service on Wednesday, December 10, 2014 at the funeral home. Burial will be at Fairview Cemetery, Brownstown. Military honors will be presented by Veterans of Foreign Wars Post 1925, American Legion Post 89, Disabled American Veterans 47 and Vietnam Vets 7. Memorials may be given to the Brownstown Christian Church or Riley Children's Hospital.

The family of Barry E. Sommers created this Life Tributes page to make it easy to share your memories.

Send flowers to the Sommers family.