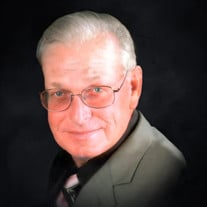 Donald Gene Gardner, age 78, of Brownstown, passed away on Saturday, June 12, 2021, at St. Vincent Hospital, Indianapolis, surrounded by his loving family. Mr. Gardner was a member of the Brownstown Christian Church. He served in the United States Navy from February, 1965, to November, 1969, aboard the aircraft carrier, Intrepid. Don was employed as a lineman with Jackson County Rural Electric for 39 ½ years. He was a member of the American Legion, VFW, and Knights of Pythias. He was also a member of the Jackson County Fair Board for 15 years and loved attending and working at the Jackson County Fair. Prior to becoming a fair board member, Don was an electrician at the fairgrounds for numerous years. Don was passionate about his family and loved spending time with them, including family vacations. He never met a stranger and had the “gift of gab”. He enjoyed attending dance recitals, his grandsons’ football games and other sporting events, and dearly loved being involved in the trade of his grandson’s car racing. Don was a big Tony Stewart fan and had a love for cars. He also loved bowling and fishing, and he was the master of all tinkering. Born on November 24, 1942, in Odon, he was the son of Orin and Doris Grafton Gardner, both of whom preceded him in death. On June 14, 1964, in Brownstown, Don married Mary Jane Browning and she survives in Brownstown. Survivors also include one daughter, Tammy (Jeff) Lewis of Brownstown; two grandsons: Steffen (Gracie) Lewis of Seymour, and Skyller Lewis of Brownstown; and several nieces and nephews. Funeral services for Donald Gene Gardner will be conducted at 11:00 a.m. on Thursday, June 17, 2021, at Spurgeon Funeral Home, Inc., Brownstown, with Kenneth Browning officiating. Friends may call from 4:00 p.m. to 8:00 p.m. on Wednesday, June 16, 2021, at Spurgeon Funeral Home, Inc., Brownstown, and from 10:00 a.m. until the time of the service on Thursday, June 17, at the funeral home. Military honors will be presented by Veterans of Foreign Wars Post 1925, American Legion Post 89, Disabled American Veterans 47 and Vietnam Vets 7. Interment will be at Fairview Cemetery, Brownstown. Memorials may be given to the Jackson County Fair Association or the Donald Gardner Family Racing Fund to carry on Don’s love for racing. Online memorials and condolences may be given at www.spurgeonfh.com

Donald Gene Gardner, age 78, of Brownstown, passed away on Saturday, June 12, 2021, at St. Vincent Hospital, Indianapolis, surrounded by his loving family. Mr. Gardner was a member of the Brownstown Christian Church. He served in the United... View Obituary & Service Information

The family of Donald Gene Gardner created this Life Tributes page to make it easy to share your memories.

Donald Gene Gardner, age 78, of Brownstown, passed away on Saturday,...

Send flowers to the Gardner family.