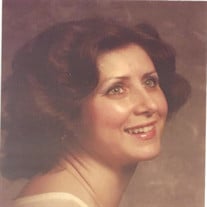 Donna Sue Lucas Gibson, age 70, of Brownstown, Indiana, passed away on Friday, April 29, 2016 at St. Vincent’s Hospital, Indianapolis. Ms. Gibson attended Brownstown Christian Church and was a retired Medical Claims Processor. She attended Brownstown Central Schools and graduated from Odessa Texas High School in 1963 and from Odessa Beauty College in 1964. Donna Sue also attended Texas Institute of Banking. Born on March 18, 1946, in Seymour, she was the daughter of Cecil Leo and Nina Pearl Fleenor Lucas, both of whom preceded her in death. In September, 1964, she married Grady Brooks Robbins and he preceded her in death. In March, 1971, she married Calvin Wright Gibson and he also preceded her in death. Survivors include one son, Autrey Loye (Raquel) Gibson of San Antonio, Texas; one daughter, Gina Annette Robbins of Brownstown; one brother, Rocky Lucas of Ashland, Kentucky; one half-brother, Glen Dale Ratcliff of Klammoth Falls, Oregon; four grandchildren, Esti Louana Falzone Davers of Brownstown, Louie Cade Falzone, IV of Brownstown, Guadalupe I. “Pita” Gibson and Max R. Gibson both of San Antonio, Texas; and two great grandchildren. She was also preceded in death by one brother, Jesse Lucas, and one uncle, Neal Fleenor. Funeral services will be conducted at 11:00 a.m. on Wednesday, May 4, 2016 at Spurgeon Funeral Home, Inc., Brownstown, with Doug Pogue officiating. Friends may call from 9:00 a.m. until the time of the service on Wednesday at Spurgeon Funeral Home, Inc. Burial will be at Liberty Cemetery. Online memorials and condolences may be given at [email protected]" title="Click to open in a new window or tab" target="_blank" rel="nofollow noopener">[email protected]

The family of Donna Sue Gibson created this Life Tributes page to make it easy to share your memories.

Send flowers to the Gibson family.