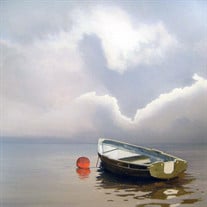 Gregory Joseph Gaydos, age 53, of North Palm Beach, Florida, passed away on Monday, April 23, 2018. Mr. Gaydos was project manager at Richard A. Jones Electric in North Palm Beach, Florida. He loved spending time with his family and friends, and enjoyed nature, being outdoors and boating. Born on January 5, 1965, in Summit, New Jersey, he was the son of Robert and Doris Neuner Gaydos, both of whom preceded him in death. Survivors include two daughters: Megan Hurt of Greenwood, and Kaitlyn (Caleb) Hackman of Vallonia; one son, Dylan Hurt of Columbus; two grandchildren: Caleb Baumgartner of Greenwood and McKenna Hackman of Vallonia; his fiancé, Robin Grenier of North Palm Beach, Florida; and the children of his fiancé: Zachary Grenier, Mitchell Grenier and Amanda Grenier, all of North Palm Beach, Florida. Besides his parents, Mr. Gaydos was also preceded in death by his brother, Robert “Bobby” Gaydos. Local funeral arrangements are being handled by Spurgeon Funeral Home, Inc., Brownstown. Online memorials and condolences may be given at www.spurgeonfh.com

The family of Gregory Joseph Gaydos created this Life Tributes page to make it easy to share your memories.

Send flowers to the Gaydos family.