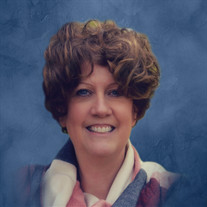 Kristina Lee Bickers, age 60, of Brownstown, passed away unexpectedly on Friday, January 3, 2020, at her residence. Kristina loved her family and was very supportive of her children’s school life. She loved the arts and encouraged her children and grandchildren to also love and appreciate music and the arts. She always encouraged her family and friends to “fly high”. Mrs. Bickers worked at Amy Greely’s New Leaf Studio in Nashville, was a great interior designer and worked at Paul Harris in the 1970’s, and was a homemaker. She also belonged to the hospital auxiliary at St. Joseph Hospital. Born on September 14, 1959, in Gary, she was the daughter of Richard and Anita Jordan Steinkamp, both of whom preceded her in death. In 1978, she married her best friend and soulmate, Bill Bickers, and he survives in Brownstown. Bill remembers feeling electricity when he put his arm around her at the Fourth of July fireworks, and they built a beautiful life together for 41 years. Survivors also include one son, Adam (Emily) Bickers of Columbus; one daughter, Abigayle (Owen) Townsend of Normal, Illinois; two brothers-in-law: Patrick Bickers of Fort Wayne, and Terry Bickers of Columbus; three sisters: Nancy (Dennis) Perzo of Downs, Illinois, Karen (Tony) Patton of Bloomington, Illinois, and Sara (Tom) Mayes of Port Jervis, New York; and four grandchildren: Avah Waldschmidt, Lennon Bickers, Jack Townsend, and Eero Townsend. Private family services will be conducted by Spurgeon Funeral Home, Inc., Brownstown. Online memorials and condolences may be given at www.spurgeonfh.com

Kristina Lee Bickers, age 60, of Brownstown, passed away unexpectedly on Friday, January 3, 2020, at her residence. Kristina loved her family and was very supportive of her children&#8217;s school life. She loved the arts and encouraged her... View Obituary & Service Information

The family of Kristina Lee Bickers created this Life Tributes page to make it easy to share your memories.

Send flowers to the Bickers family.