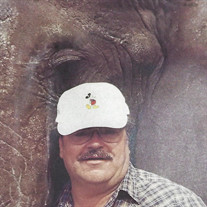 Melvin Harry Timberlake, Jr., age 77, of Kingman, Kansas, passed away on Sunday, August 5, 2018, in Wichita, Kansas. Mr. Timberlake was of the Methodist faith and was a member of the United States Air Force. Born on June 30, 1941, in Jackson County, Indiana, he was the son of Melvin “Brownie” and Josephine Fisher Timberlake, both of whom preceded him in death. Melvin, also known as Silverlake, was born and raised in a circus family in Jackson County and was the fourth generation in the circus business. He now has a son and granddaughters, who are carrying on his tradition. After graduation from Clearspring High School, Melvin joined the United States Air Force. Following his return home from the Air Force, Melvin became manager of the family circus, which was known as Clark & Walters Circus. He later became owner of his own circus known as Fisher Bros. Circus until he sold the business in 1975. He then managed and performed at several well-known circuses until 1987, at such time he took a position at Robinson Racing Pigs in Miami, Florida. He toured all over the United States, mostly showing at state fairs. During his tour of pig racing, Melvin met and befriended several well-known television and movie personalities. He appeared twice on the Jay Leno Tonight Show. Melvin was a cousin to Arthur Lake, “Dagwood” on Blondie movies and the television series, and Arthur was used as a model by Al Capp for the comic strip. In 1968, Melvin married Bessie K. Duke of Ora, Indiana, and she preceded him in death. In 1995, he married Gloria (Null) Reeves of Kingman, Kansas, and she survives in Kansas. Together they performed the pig races and managed several circuses until retiring to become cross country truck drivers. They drove together as a team until Gloria had an accident and was unable to continue to drive. Melvin continued his career as a cross country truck driver until such time as he was diagnosed with a rare form of Leukemia. Survivors also include one son: Mel Ray (Unity) Timberlake of Florida; one step-daughter, Morgan (Reeves) Mounts; and one sister, Myrna Ratcliff of Medora. Melvin was also preceded in death by five brothers: William Timberlake, Marcus Timberlake, Franklin Timberlake, James “Jim” Timberlake, and George Joseph “Joe” Timberlake. A Memorial Service for Melvin Harry Timberlake, Jr. will be held at 1:00 p.m. on Wednesday, September 26, 2018, at Mt. Zion Methodist Cemetery, Medora, with Pastor Kenny Fisher officiating. Military honors will be presented by Veterans of Foreign Wars Post 1925, American Legion Post 89, Disabled American Veterans 47 and Vietnam Vets 7. Memorials may be given to Mt. Zion Methodist Church or the Leukemia Foundation. Arrangements are being handled by Spurgeon Funeral Home, Inc., Brownstown. Online memorials and condolences may be given at www.spurgeonfh.com

Melvin Harry Timberlake, Jr., age 77, of Kingman, Kansas, passed away on Sunday, August 5, 2018, in Wichita, Kansas. Mr. Timberlake was of the Methodist faith and was a member of the United States Air Force. Born on June 30, 1941,... View Obituary & Service Information

The family of Melvin Harry Timberlake Jr. created this Life Tributes page to make it easy to share your memories.

Send flowers to the Timberlake family.